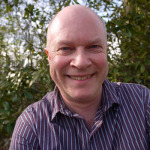 Richard is a writer, teacher, facilitator and web designer, living in Yorkshire, UK.

I was born in Gloucestershire in 1961, had a few years in Leicestershire, where I went to Primary/Junior school, and then moved to Yorkshire in 1972, where I completed my formative education and have mostly lived ever since. The eldest of 3 children, I came into the world with a strong sense of purpose to discover and create. 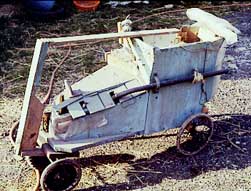 Between the ages of 7 and 16, I gained a reputation for making wooden ride-in vehicles, beyond the usual simple Go-Karts of the time. I enjoyed experimenting and inventing and inherited a number of old scientific instruments and other paraphernalia after the death of one of my Grandfather’s. At age 9, I set up a museum in tribute to that Grandparent, in an old chicken shed, to raise money for my school. Also, around this time, my mother showed me how to use a camera and process my own black and white photography.  I was a shy, somewhat over-sensitive, child and much preferred home life to the frenetic and often restrictive and brutal experience of school. In fact, even from the age of 5, it was through the observation of the way other children behaved towards one another and how I felt affected by this, that I began to have, what I would in later life identify as, spiritual thoughts and feelings. 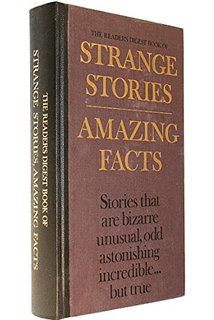 It seemed to take an eternity to get out of school and because education was always deemed of great importance to my parents, I managed to remain in formal learning until age 22, when I left college with an Honours Degree in Fine Art and Sculpture. During part of that time from 1980 and up to 1988, I attended several talks and workshops on ‘alternative’ subjects – ranging from astral projection and reincarnation to colour therapy and crystal healing. For a while, I even took up Astrology and Numerology, producing readings for family and friends. Why? Because there were mysteries in life that many seemed unable to explain and I wanted to discover more. (As a teenager, the book shown left was one of my first introductions to the world of the unexplained).

Unfortunately, society expected me to get a job and earn a living along with everyone else. This never sat very well with me and I managed to avoid any serious commitment to conventional work until I was well into my twenties. (It should perhaps be noted, that for the record, my school’s idea of careers advice and preparation for work in the late 1970’s was a chat with the history teacher and suggestions to visit a local library for more information. I didn’t fair much better at art college, where it was simply assumed you were there to become an artist. In further point of fact, if truth be known, I didn’t know what I wanted to do – but then again, I didn’t actually know what was available for consideration). I made a few attempts to integrate with mainstream society, but these often resulted in low-paid roles such as garage forecourt attendant and freelance odd-jobber. Despite my educational path, I was never really an artist at heart and had no plans to become one for a living – I just arrived in that world because I wasn’t academic enough to do anything else! But I knew that a Degree level qualification could be useful at some point in the future. 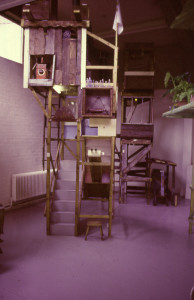 With the exception of creativity, I was, in conventional terms, labelled a ‘late developer’ as a child and this was reflected in my body, attitudes, and academic abilities. I was 20 by the time things kicked in, so to speak, but by then, the formal part of my education was almost over… just when I was getting excited about some of the things I was learning and feeling able to embrace with more enthusiasm. So I was spat out of the warm, cosseted, college environment, and into a world of unemployment and uncertainty. By this time, parents had divorced, any semblance of a family home had effectively disappeared, and I hooked up with an older girlfriend. We rented a run-down farmhouse on the edge of Yorkshire’s Pennine moors and gradually, as I grew in confidence with a desire to explore other possibilities, I moved out to live on my own.

In addition to a number of short-term jobs, from garage forecourt attendant to archivist and photographer for the Yorkshire Sculpture Park, I worked as an audio-visual technician at Bretton Hall (when it was a college) and later, in a self-employed partnership in 1985, we came close to negotiating a contract with the Lego company which would have seen a project I was helping with, go global. However, when this failed due to circumstances beyond my control, and with my back against the wall, I decided to do teacher training in Plymouth, taught on supply for 2½ years back in Yorkshire, and then gained a job at Bedford College, initially as an audio-visual technician, managing media resources across four sites, and later becoming their highest paid instructor in Performing Arts, which included, Media, Popular Music, and Dance. (I mainly taught on the Media course). 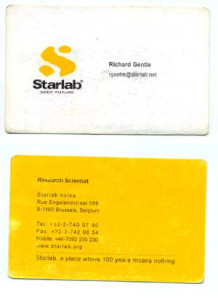 Always one to keep an eye open for interesting opportunities, I emailed blue sky research company, Starlab, in 2000, after reading an article in the Sunday Times magazine. Amazingly, I was personally invited by entrepreneur, Walter De Brouwer, to work for his company in Brussels on new technology projects. On return to my job in Bedford (and because Starlab was liquidated in Belgium), I applied to, and gained a job with, Cranfield University to develop e-learning projects. When the contract eventually ended in 2004, I returned to Yorkshire and after another brief spell of self-employment as an e-learning consultant, gained employment with Kirklees Council as one of two e-learning managers working with schools and colleges.

After 7 years (and feeling dissatisfied with regular work routines and their increasing bureaucracy) I accepted voluntary severance in 2012 and once again became self-employed – this time focusing my attention on my website design and spiritual interests, continuing my personal voyage of discovery, and self-publishing of books to help others. On a personal note, I was gratified to know that I could hold down a permanent job successfully, if I wanted to… I just didn’t want to any more. It wasn’t laziness, it was a considered choice.

Find out more about Richard through his personal websites here and his educational activity here.